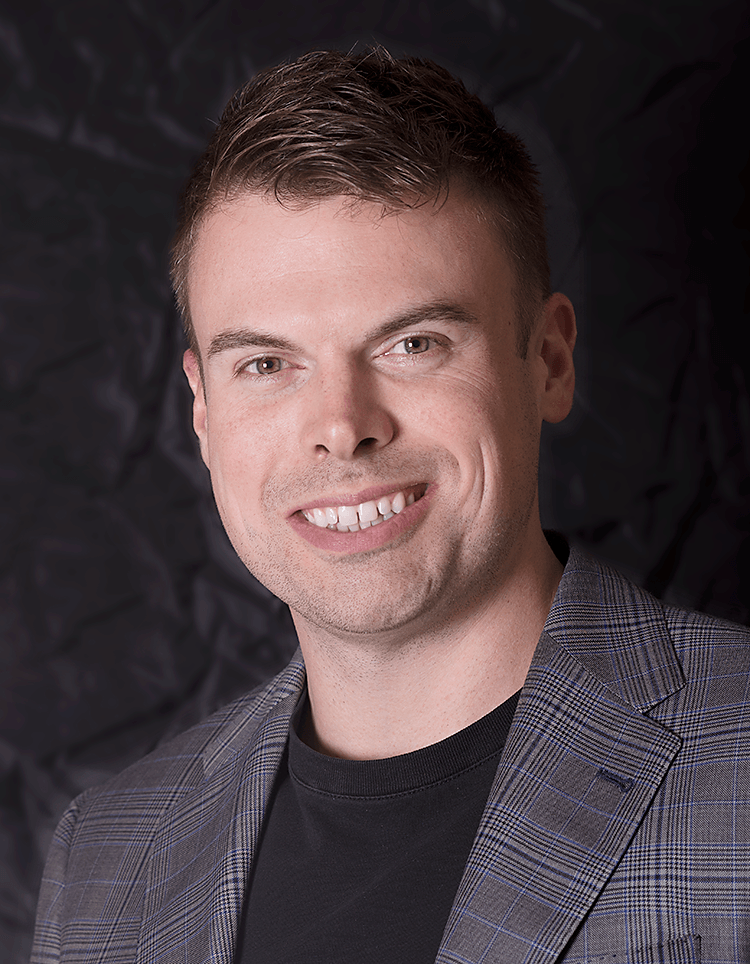 Originally from the City of Humboldt, Dustin started Saskatoon Auto Connection back in 2008 as a University of Saskatchewan student as a means to pay for his education. He did not fully anticipate how his philosophy for selling used automobiles would eventually become a full-time venture. His passion for automobiles is only surpassed by his passion for curling. Dustin has curled many seasons with Men's fours and represented Canada at the 2016 World's Mixed Doubles and qualified for the 2018 Winter Olympics trials. During the summer months, Dustin's energy turns to auto racing, fishing and golfing or conquering the great outdoors with his trusty canine companion, Nokkvi. 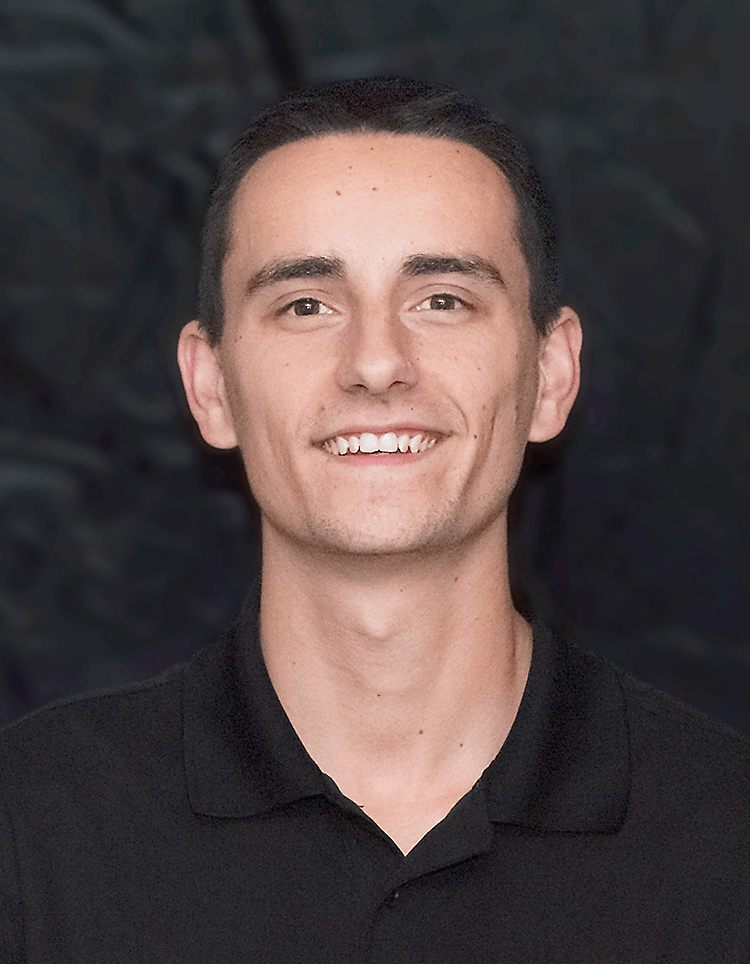 James has been with Auto Connection since the early days. He started as a Sales Associate and has become an integral part of the organization as our Inventory Manager. James is responsible for acquiring and pricing our exceptional vehicles and keeping the stock replenished so that customers have a broad range of affordable and reliable vehicles to choose from. He is also responsible for keeping the vehicle listings up to date and taking all of the pretty pictures. James is a VW tuner/enthusiast, but when the snow leaves and the long hot summer settles in, you will find him zipping around the city on his motorcycle. 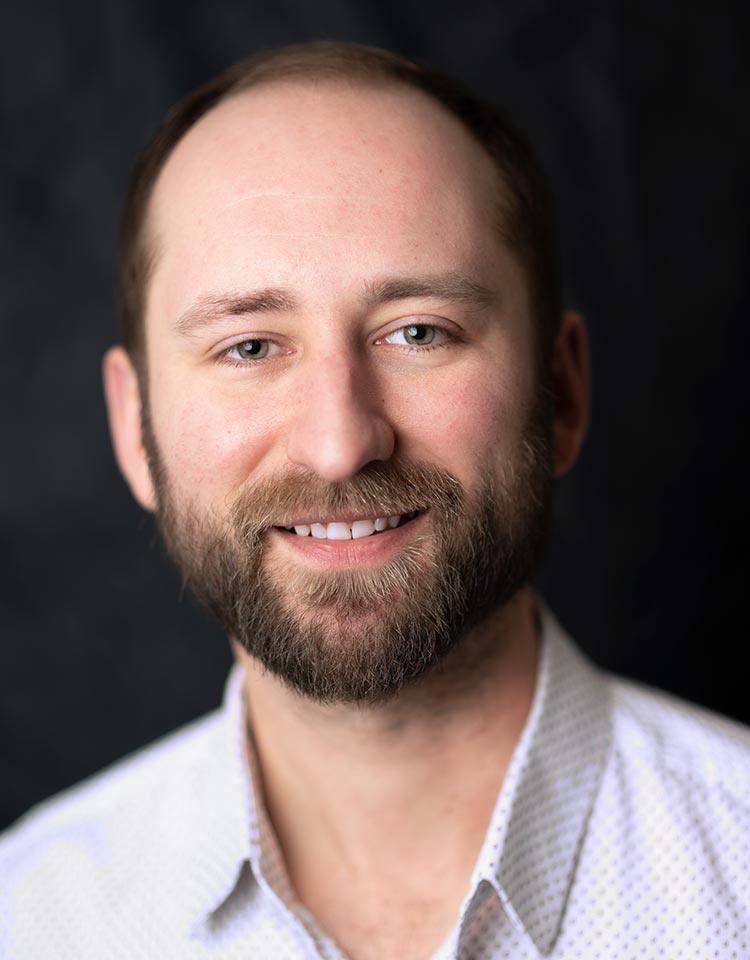 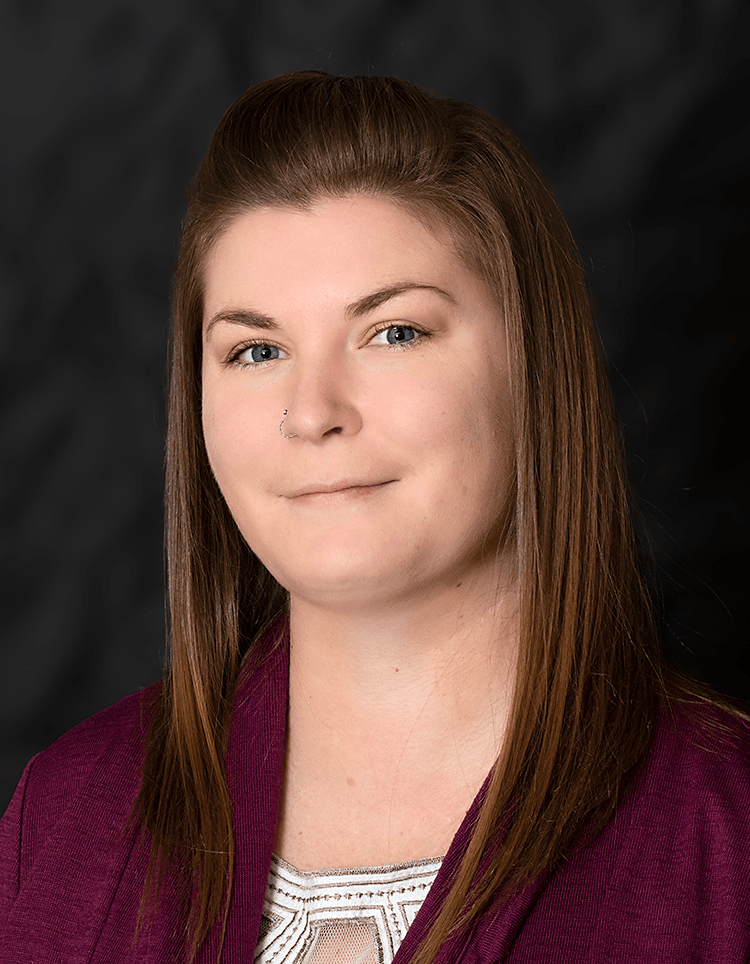 Shea's positive and easy going attitude is infectious. Her stellar customer approval rating is a testament to the exceptional purchase experience that Shea provides to everyone. On her very first day, she taught her first customer how to drive a 6-speed in a Mustang during the test drive. That takes courage and patience. It was during a "bring your owner to work day", that Molly our furry customer liaison/greeter first introduced us to Shea. We knew that she was a great addition to the team. When Shea is not working she's off camping in her Honda Element or swimming at the pool in her mermaid tail. 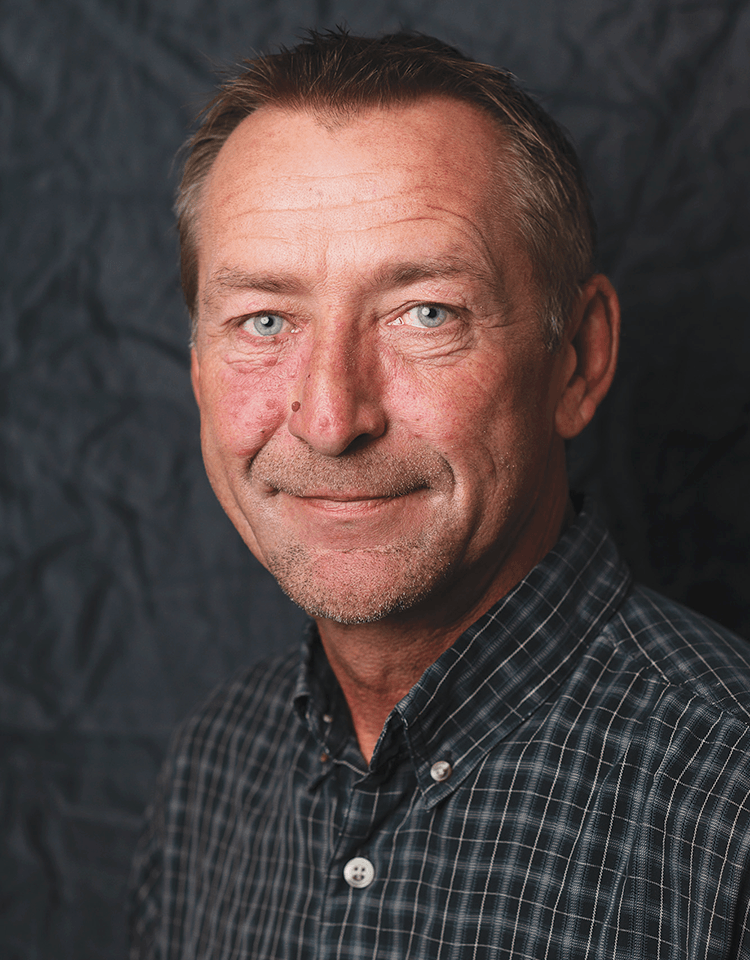 Barry is celebrating his 16th year in car sales and he chose Saskatoon Auto Connection to take him to his 17th year and beyond. Word has it that he is quite the cook or at least he thinks he is (the jury is still out). I like to picture him in the kitchen like the Muppets Swedish Chef. When he isn't fricasseeing and sauteeing he's wheeling and dealing. Interesting fact, Barry used to be a private detective back in the day. We want to assure you that when he is asking you questions it's not an interrogation, he's just trying to figure out how he can help you "cook up the best deal". Sorry, couldn't resist the pun. Seriously...this stuff almost writes itself. 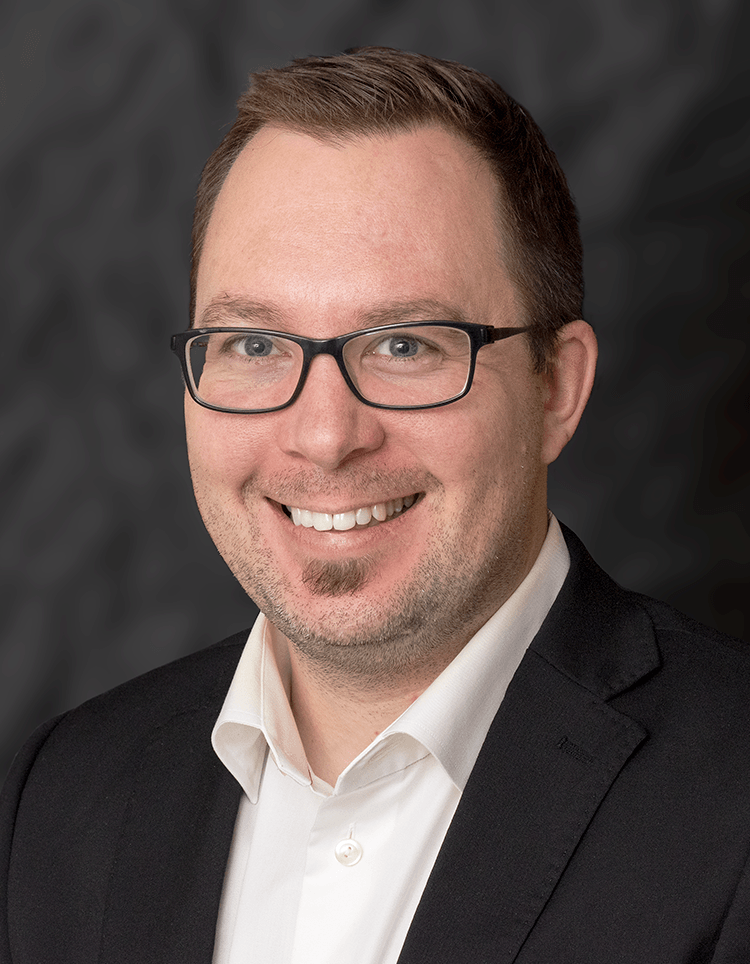 Tyler is “Livin’ the Dream” as he puts it. He’s a tinkerer of all things automotive and began his love of automobiles as a kid reading through his Dad’s car magazines. He had many adventures building and breaking race cars and having previous builds find their way to the famed Barrett Jackson televised auction. Tyler’s Auto Connection story actually began in the mid 90’s when he stopped to give a boost to a stranded driver. That stranded driver was none other than Dustin the President and General Manager of Auto Connection. He brings years of experience from working at two major franchise car dealerships. When he’s not cooped up inside the shop, this self-proclaimed #1 Dad is spending his time outdoors with his Kids, his clubs, his tools or his spinning reel (in no particular order). We are thrilled to have him as a part of our team. 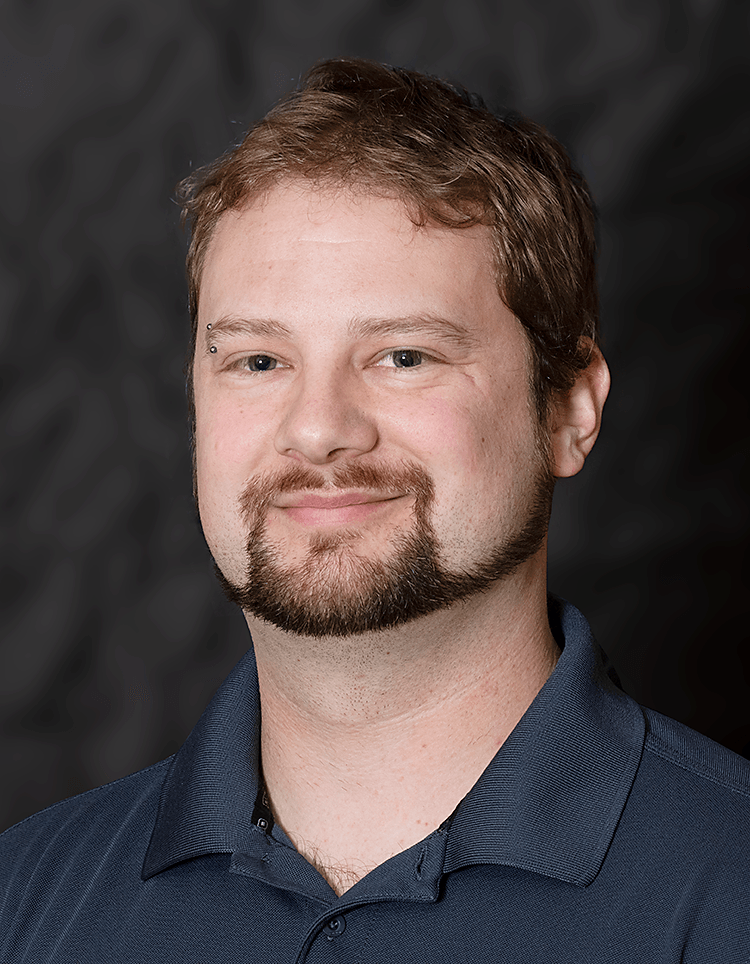 A Queen City native, Chris joined our vehicle reconditioning team in 2015 as our first Red Seal Journeyman service technician well before we began servicing vehicles for the general public. Chris brings an award-winning wealth of skill and experience to the Auto Connection family. His persistence and attention to detail means that he is extremely hard to "stump" when diagnosing issues. We can imagine Chris was the kid who was always dismantling his family's appliances and machinery just to see how they worked. Thankfully he can also put everything back together again. 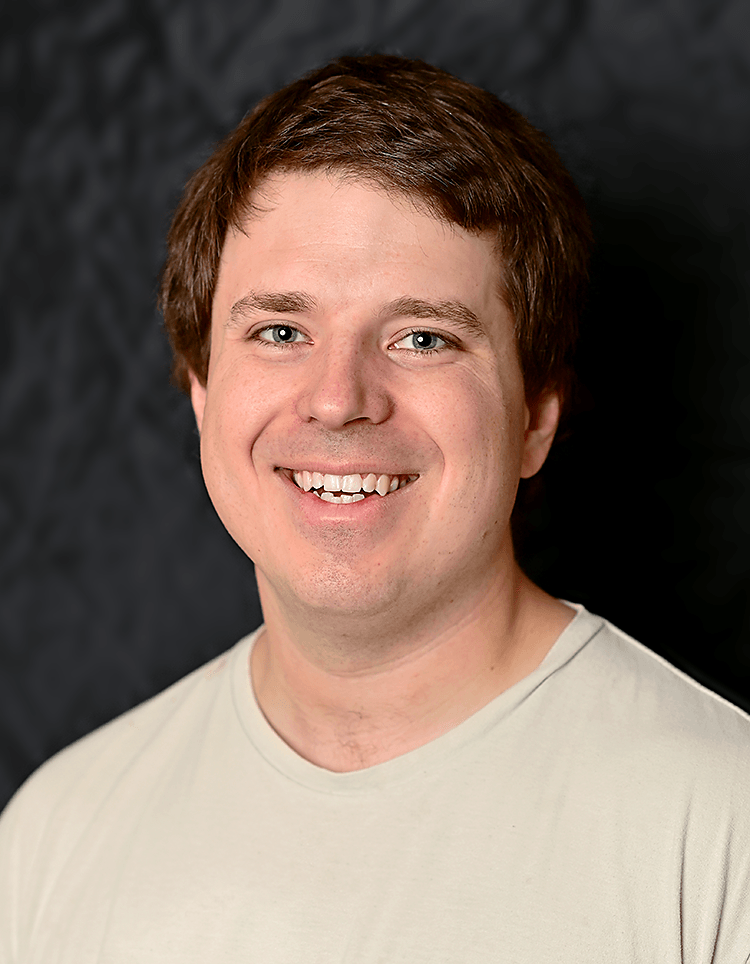 Tobi is one of our highly skilled technicians and a dedicated family man. His logical approach to troubleshooting issues as they arise serves our customers well. We aren't sure how to break the news to him that logical thinking won't help him much when raising his young family. Kids are more unpredictable than cars and will say and do the darndest things. We are sure however, that his family will benefit from his generosity and propensity to go out of his way to help people. His love for cars extends to anything modifed that generates lots of noise and power...our own resident Tim the Toolman Taylor...oooh oooh oooh...except he can actually fix stuff. 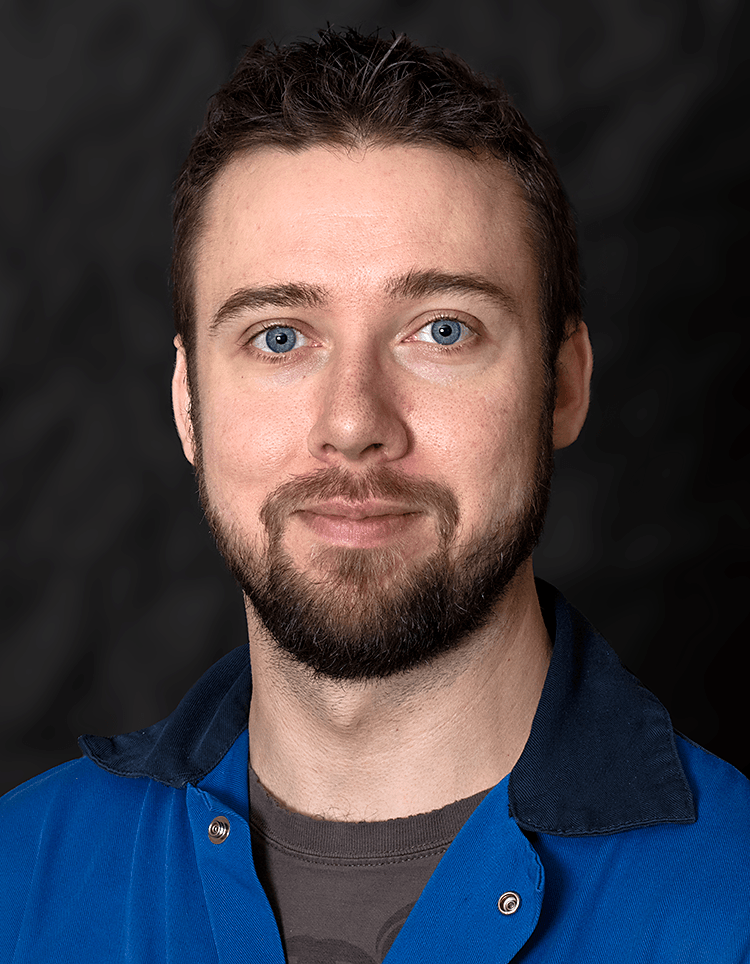 Evan is a certified SGI Automotive Mechanical Inspector and seasoned journeyman technician. His calm, quiet personality is beneficial when looking to eradicate those pesky gremlins. We don't know for sure, but we assume he's the enforcer on his hockey team and that's how he unwinds and blows off steam. 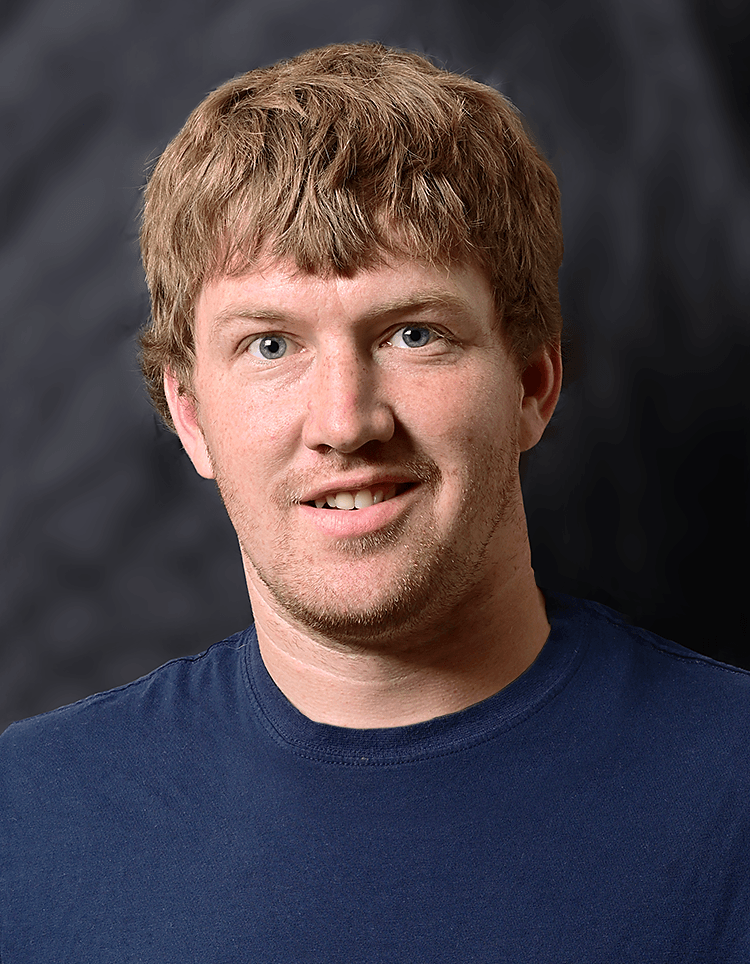 Kyle joins our team with over 10 years of comprehensive wrenching experience. It's very obvious that he cares about his work and the customers he serves. Kyle has a no B.S. attitude and will always tell you like it is. He claims his biggest achievement is depriving the world of his offspring. I'm not sure we can agree with that as it would be beneficial to have an army of mini Kyles busily working about the shop as efficiently as he does. He's not a morning person, yet he still manages to be one of the first team members to arrive each day. Rumour has it that he could have had a career playing for the Toronto Raptors as a free-throw sharpshooter. In his spare time he's an avid gamer when he not driving his McLaren, ahem...I mean driving his Camaro dreaming that it's a McLaren. 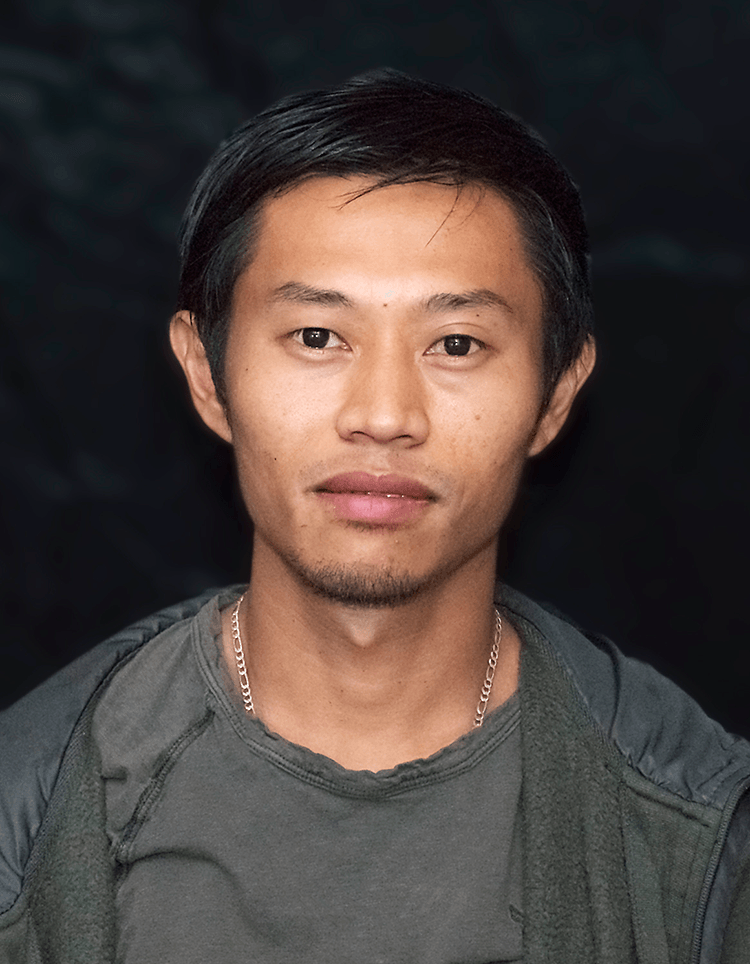 Joe is our superstar detailer. He is a master of his craft and takes great pride in his work. He has earned the nickname "Magic Man". A dedicated family man, Joe is usually treating other Auto Connection team members with tasty treats popular in the Philippines. We honestly don't know how he stays so happy all of the time, always smiling and singing along to the radio. Watch out when his jam "Barbie Girl" starts playing, he becomes an unstoppable force.

Walker is a key member of our sales teams. When Walker's not doing his level best to ensure inventory is updated and visible on our numerous online sales channels, he rolling up his sleeves and getting dirty. He has a serious passion for cars and his interest in photography and attention to detail is invaluable in capturing every angle for display in our listings. An award-winning natural leader, Walker has captained a number of AA hockey and provincial ball hockey teams. 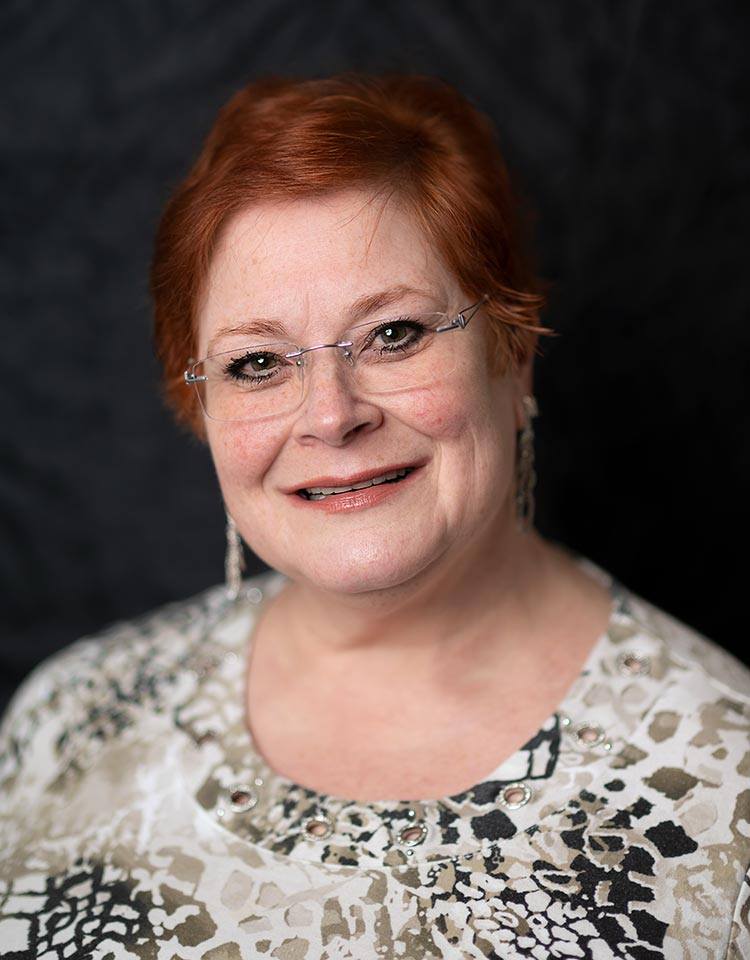 Fresh Bio is in the works and coming soon. 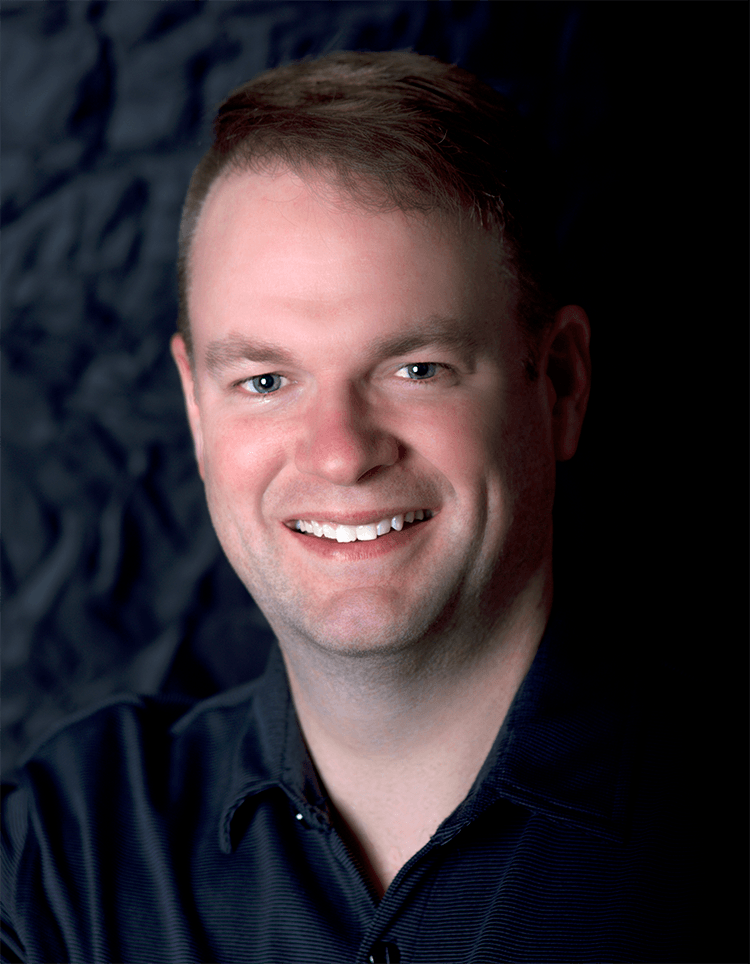 Shane brings a wealth of experience and creativity to the Auto Connection team. He has been a marketing professional for most of his career and has worked with numerous high profile clients in the private sector locally and abroad as well as the federal, provincial and municipal governments. He has held positions with local creative studios, commercial manufacturing companies and the University of Saskatchewan. Shane is also a professional photographer, filmmaker, local business owner and entrepreneur. Shane has been a teacher of Budo Taijutsu for over 24 years and has been actively involved in soccer for most of his life as both a coach and player. 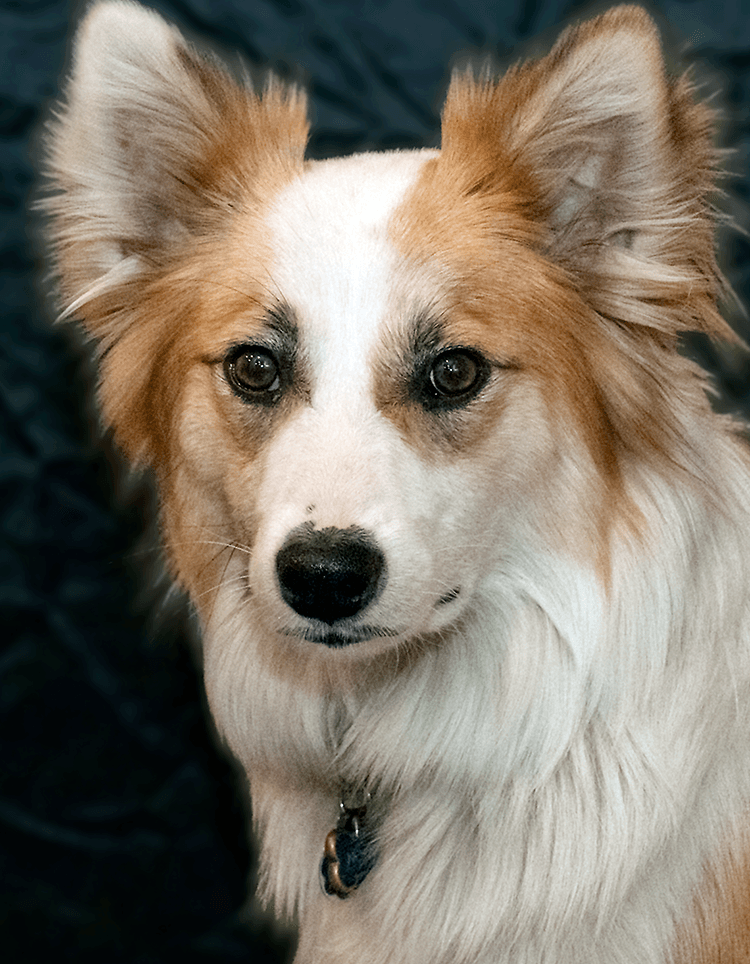 Nokkvi has been greeting customers at the store since he was knee high to a grasshopper. His friendly and playful temperment is very welcoming to all of our visitors. He may even ask you to play ball or toss his rubber bone around a few times just to break the ice. His ancestral family were sheep herders from Iceland, but he's Canadian all the way...Quebecois to be precise, although you would never know it as his francophone accent can't even be detected. 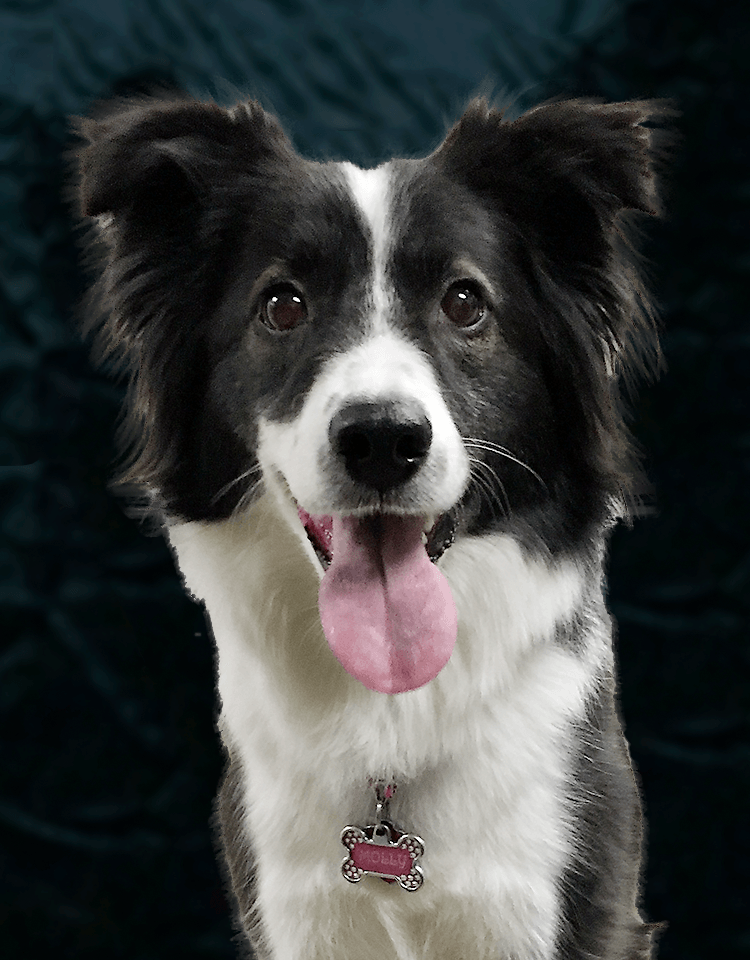 Molly is our newest furry greeter. She is as smart as a whip and friendly as can be. She really appreciates that we have a very flexible pet owner policy and she is able to bring her owner, Shea, to work everyday to brighten up the dealership. She looks forward to meeting you in person.